Carolina Schomper, was a dancer, actrice, mime player. She has her own Balletschool now for over more than 40 years already. She has been teaching to children and adults alike. All forms of dance were taught by her, taking into account the special gifts of each individual child, individual. After the Academy for Dance, she did a training for Dance therapy and Yoga for children. Many years she has been educating herself in Spirituality and has been giving workshops and has been guiding meditations throughout the country. Her main interest is in the Children of this Time.

Ton Akkermans has been working 18 years in child psychiatry as an Antroposofical guide and taught Arts in a Rudolf Steiner School. Besides that he has been working as a restoration Smith and as a Coppersmith and also as a restoration carpenter. As a coppersmith he has been working a lot with artists and has made sound instruments. Ton did the education for creative and sound therapist. He gave lessons on a college. He also teaches children to empower themselves through the process of forging. He is the founder of Foundation Odebaer, creation of sound, a Spiritual Centre, in which he is very active member.

Ton and Carolina both are working according to the 22 principles of the Be Foundation.

Ton and Carolina both are Energy workers. They have met each for this purpose. They are giving sound concerts and individual sound sessions in the Netherlands and abroad. They were invited various times to play in Switzerland, Italy, Spain, Portugal, England and in Scotland (Edinburgh Cathedral). Together they organize workshops in beautiful natural environments, where one is given the opportunity to forge an own personal sound bowl. Under professional supervision one learns the technique of Forging and the technique of ´Listening´. The personal sound bowl is initiated in relation to the dimension of sound. This is a meditative and crafts process that will takeleast 2,5 days. 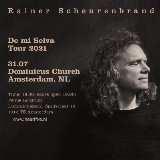 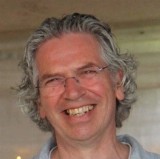 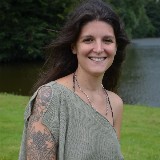